On Monday the 22nd of November the classes 6b and 6c went to a jazz concert to the Old Opera House. Mrs Walter and Mr Winter came with us. When we saw the Old Opera House, we all were amazed because it was such a beautiful building. Then Mrs Walter and Mr Winter took photos of us in front of the beautiful building. Before we were allowed in, we had to show our test booklets and our student cards. When we got inside, we put our jackets in big Ikea bags and handed them over to the reception. Then we went into a big room with many chairs and a stage.

At 11:05 a.m. the concert started. The musicians were Nina Hacker on the bass, Peter Klohmann on the sax, Bastian Rossmann on the drums, Kiko on the trombone, Christoph Spendel on the piano and Claudia Lemmperle sang. They played some songs but the songs that we liked best were called “Take the A-Train”, “When the Saints Go Marching In” and “Fly Me to the Moon”. The man called Sascha Wild called out to us to clap or stamp to a rhythm. It was fun. He told us some interesting things too. Sascha told us that Jazz music started as street parade music in North America in New Orleans. But in 1950 some people started to play jazz in clubs. Then it became more popular till it was a kind of music that many people wanted to hear. Jazz music is made of different grooves and solos from single instruments.

Christopher Spendel , the man on the piano, bet that he could play all 88 tunes on his piano before we could count to 88. He was right. We learned some new things about the trombone too. One can pull out the nicest tunes out of the trombone. One can play more than one tune at the same time. Kiko who played the trombone played a Swedish folk song. Sascha told us that the most important jazz music form is the blues and that the melody 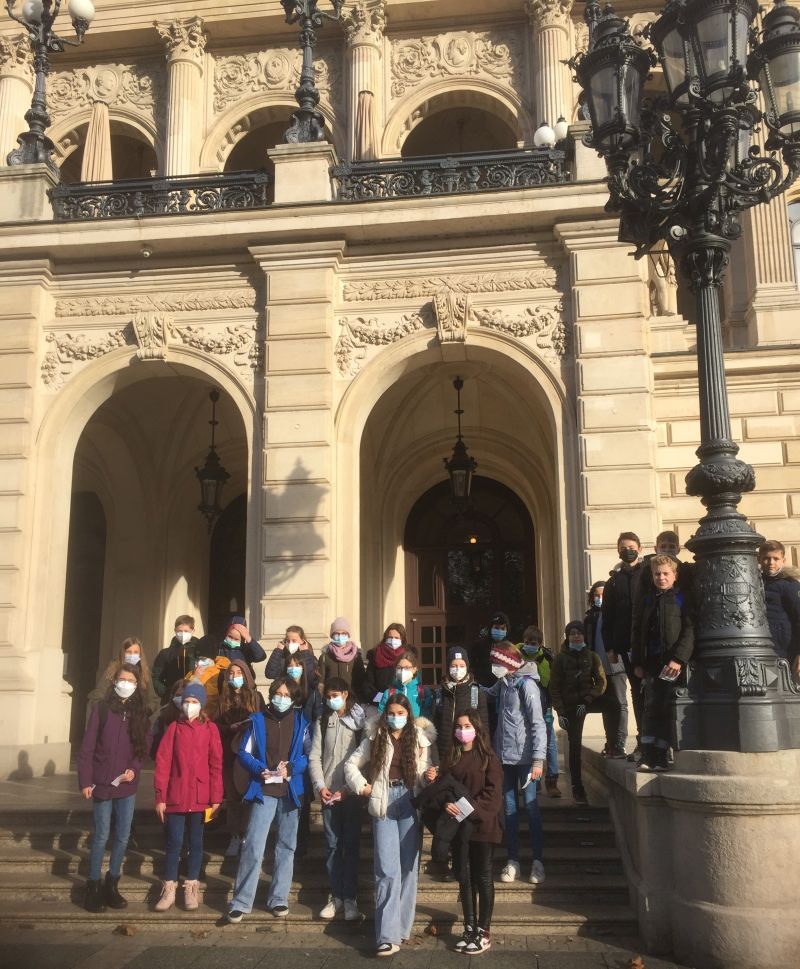 of the jazz concert is called the head (thema). He also told us that in jazz music they often use the call-response technique. That means that  someone sings or plays something and the others do it too. At the end Sascha asked the man who controlled the lights if he could switch the stage lights to different colours like blue, green or purple and we should clap a rhythm to it. It was a nice music adventure!                                  Zoe Korn and Katharina Siepelt